Stephen Egerton is a brilliant producer arranger and punk rock pioneer. Born in Utah Stephen was instantly enamored with all things music at an early age. Mostly listening to his parents record collection Stephen gravitated towards the more diverse unusual music of Frank Zappa setting the stage for his entry into the wild and raucous punk rock arena. He formed various bands in and around the Salt Lake City area playing guitar, drums and bass which eventually led to the formation of the Descendants in early 1986. The Descendants gained notoriety among hardcore punks fans around the world and became a permanent fixture on the scene for years to come. Stephen has enjoyed playing and recording with other bands including ALL, Black Flag, Massacre Guys, and Slorder. Currently, you will find Stephen touring with The Descendants and ALL in addition to recording and producing a number of bands in his home studio. 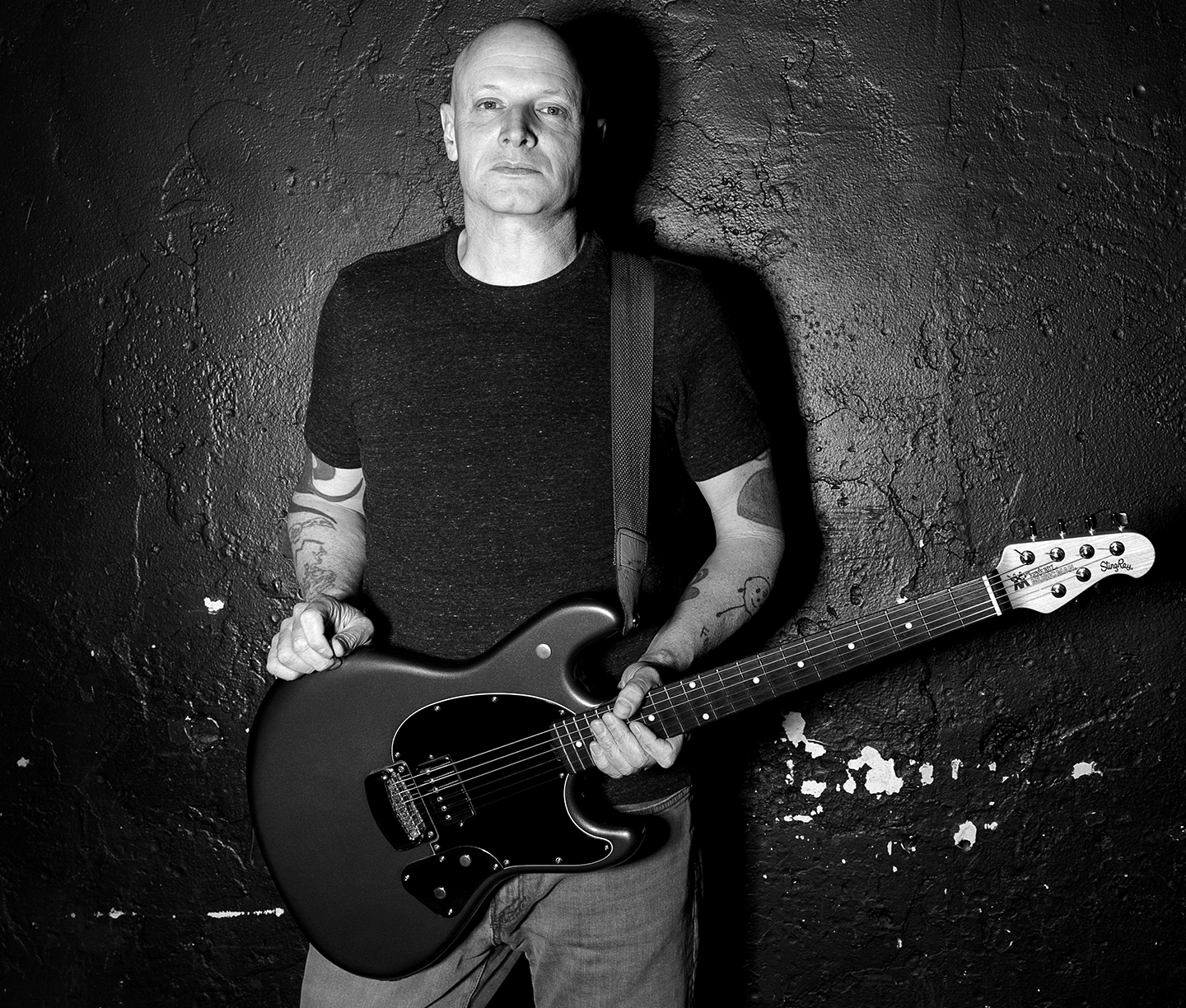 Ernie Ball Music Man has always been focused on creating tools for artists to help elevate their craft, and Stephen Egerton's custom StingRay Guitar is no exception. This unique, one-of-a-kind instrument is not currently in production but a selection of StingRay Guitar production models are available below.