Multi-instrumentalist and composer Jason Richardson is known for his near-supersonic highly technical playing style. Richardson established his reputation with his tenure in bands All Shall Perish, Born of Osiris, and Chelsea Grin, and is now entirely focused on his ambitious solo efforts, beginning with his first album “I” released in 2016. His instrument of choice is the Music Man John Petrucci Majesty seven-string guitar. 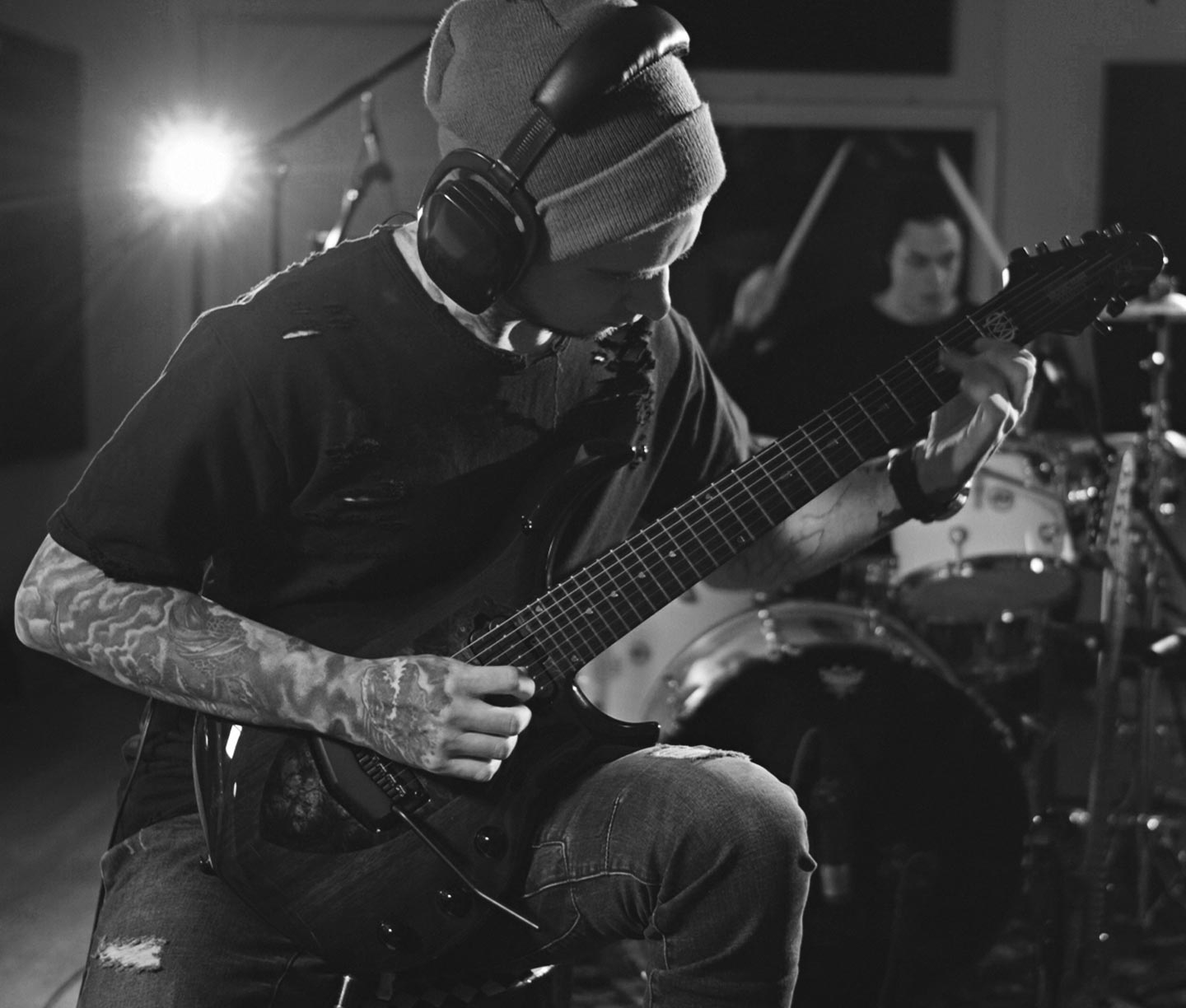 Ernie Ball Music Man has always been focused on creating tools for artists to help elevate their craft, and Jason Richardson's custom Monarchy Majesty is no exception. This unique, one-of-a-kind instrument is not currently in production but a selection of Monarchy Majesty production models are available below.