Fronting the post-hardcore/American rock band Thrice since 1998, Dustin Kensrue has become one of the most influential musicians of his generation. Dustin has been honing his sound for over 20 years; ranging from his earlier genre-blending fast, heavy distorted work in Thrice, to his melodic and mellow acoustic-driven albums under his self-named solo effort. Night after night, he relies on his Ernie Ball Music Man StingRay guitar as his sonic swiss army knife. 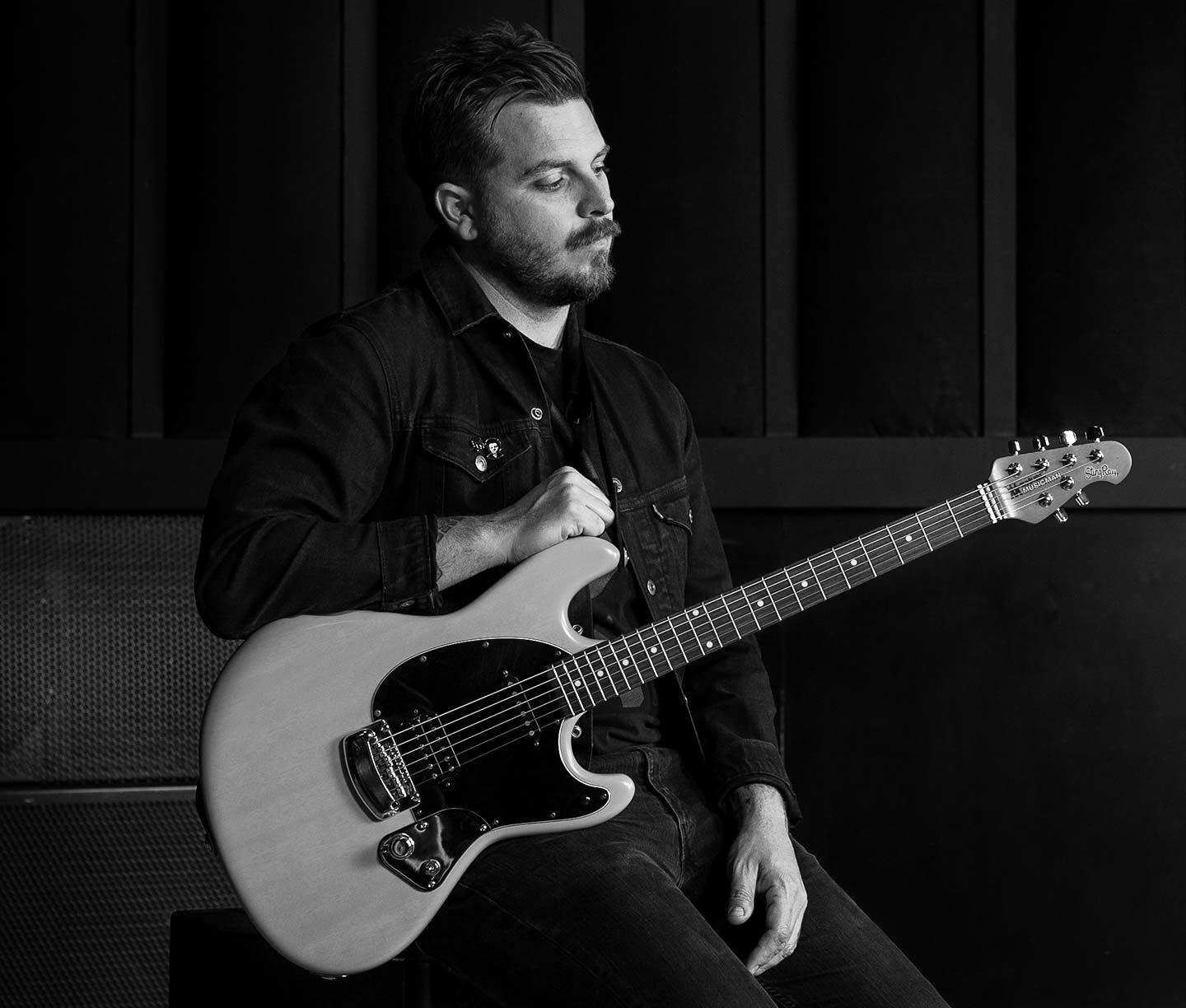 Ernie Ball Music Man has always been focused on creating tools for artists to help elevate their craft, and Dustin Kensrue's custom StingRay Guitar is no exception. This unique, one-of-a-kind instrument is not currently in production but a selection of StingRay Guitar production models are available below.