Best known as a founding member and bassist of Rage Against the Machine, Tim Commerford is widely regarded as one of the world’s most influential bass players. From his genre-defining work with Tom Morello, Zack de la Rocha and Brad Wilk on Rage, to Audioslave, WAKRAT, and now Prophets of Rage, Tim’s longstanding relationship with the Music Man StingRay bass has helped him establish one of the most signature bass sounds in modern music. 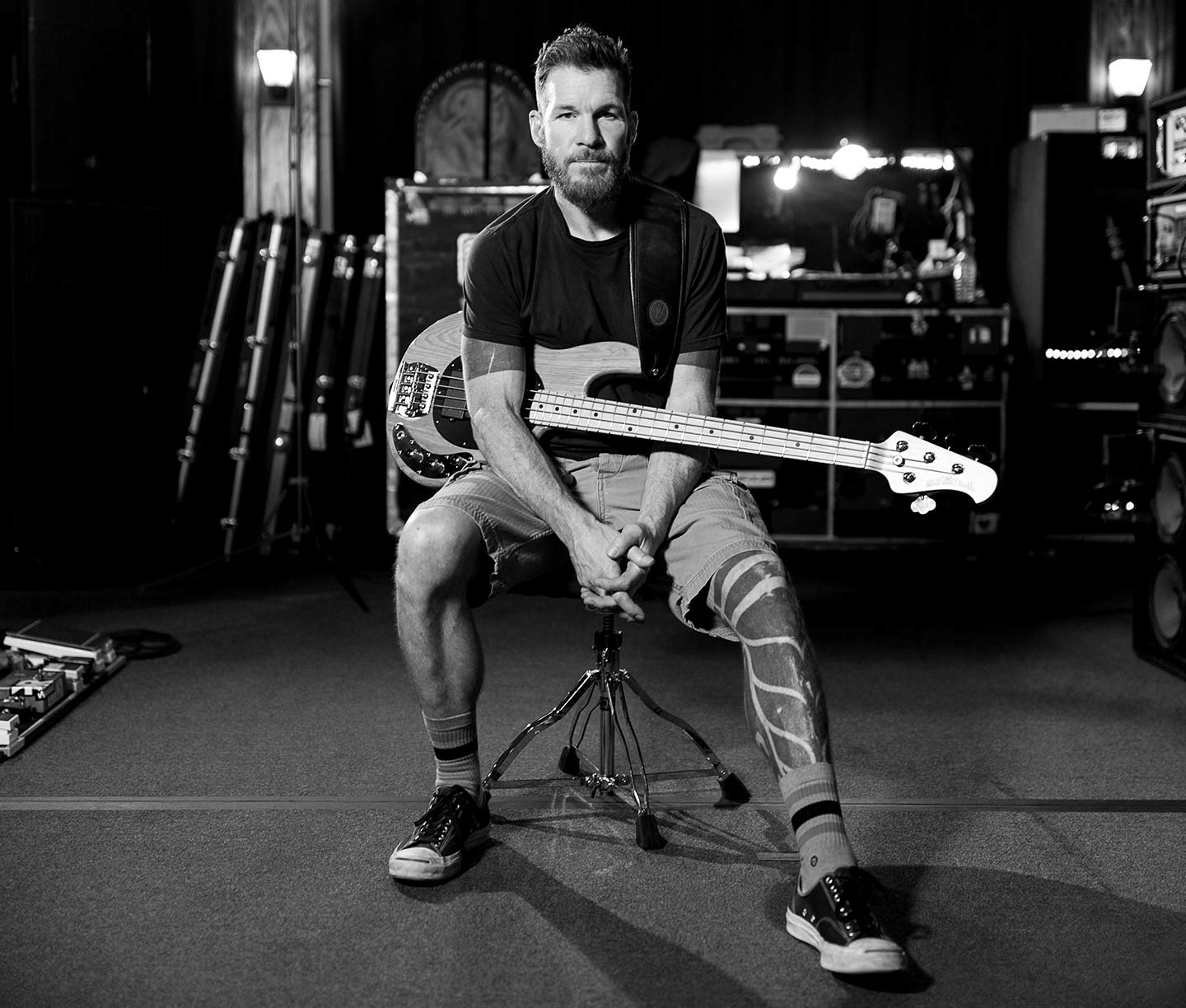 Ernie Ball Music Man has always been focused on creating tools for artists to help elevate their craft, and Tim Commerford's custom Stingray is no exception. This unique, one-of-a-kind instrument is not currently in production but a selection of Stingray production models are available below.