Hunter Hayes is a 5-time Grammy nominated, singer, songwriter, and producer who won the CMA's best new country artist in 2012. Now in his mid-twenties, Hunter has been appearing on television and live onstage since the age of 4. His debut album "Hunter Hayes" was certified Double Platinum, producing the number one hit single "Wanted" on Billboard's hot country charts. Proficient on more than 30 instruments, Hunter writes and records every instrument on every record. His main instrument of choice is the Cutlass SSS RS model, which shares the stage and spotlight with him night after night. 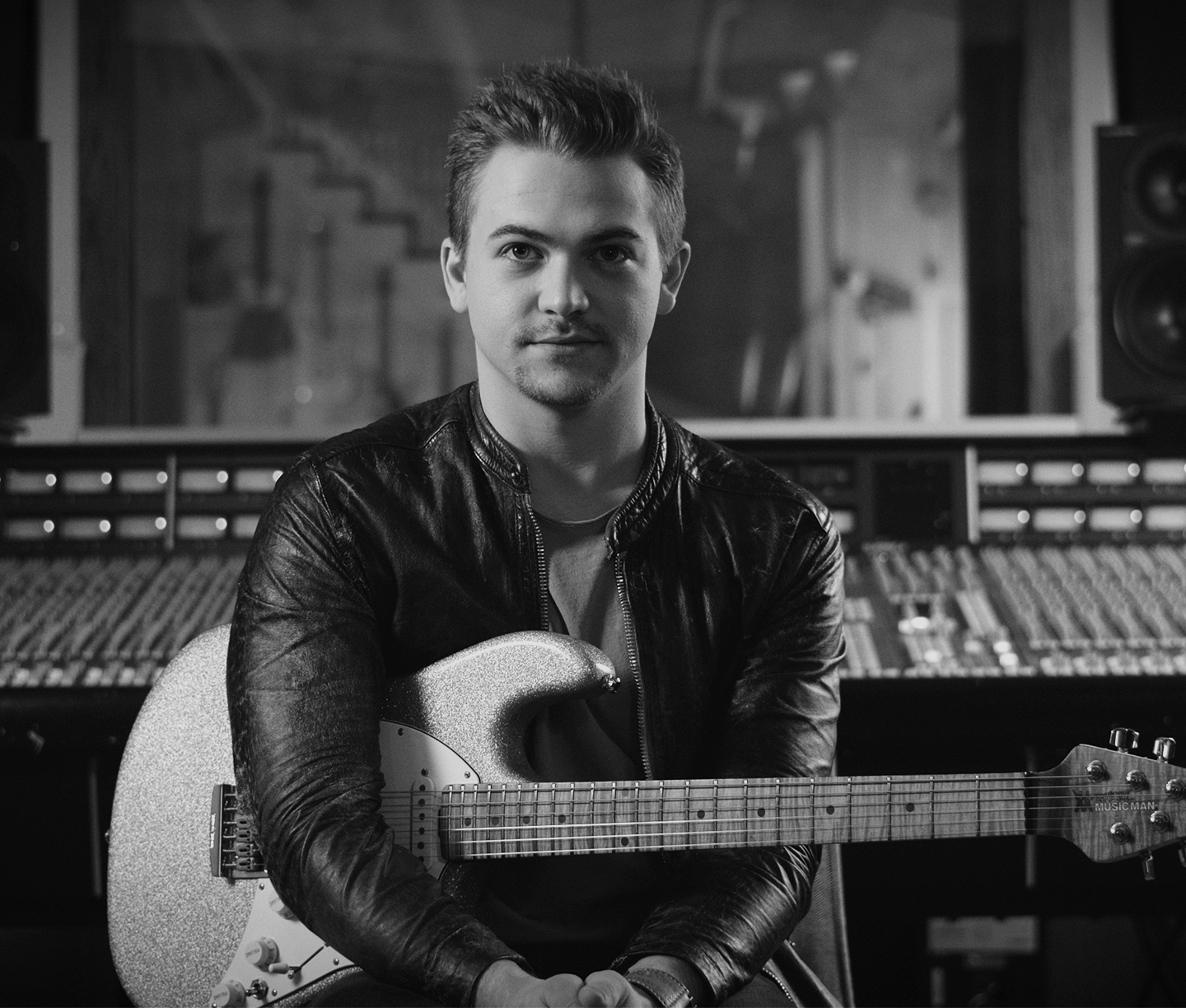 Ernie Ball Music Man has always been focused on creating tools for artists to help elevate their craft, and Hunter Hayes's custom Cutlass Guitar is no exception. This unique, one-of-a-kind instrument is not currently in production but a selection of Cutlass Guitar production models are available below.